Getting an updated Compensation and Pension (C&P) Exam proved a Brownsville Vietnam Era Marine veteran’s condition had gotten worse and resulted in a 100% Permanent and Total Disability award based on Individual Unemployability (TDIU). He was awarded a tax-free retro payment of over $291,787.

“His hazardous noise exposure during his service had gotten worse over time,” said Bryan Brown, Texas Veterans Commission Claims Supervisor for the Rio Grand Valley and also a Marine veteran. “A Board of Veterans Appeals Hearing for the condition was held virtually during the 2nd wave of the pandemic. The Veterans Law Judge Granted 70%. I informed the veteran that the VA granted that level with an outdated exam and that he should request an increase.” 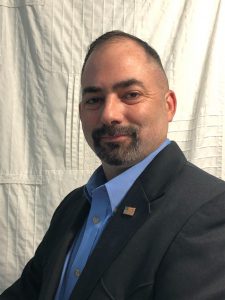 Brown, pictured, first met the veteran in August 2014 at the VHA clinic in Harlingen, TX while the veteran was seeking a scooter to get around on. The veteran applied for TDIU in 2014 and was denied. Brown worked with the veteran gathering medical information and buddy statements to resubmit a Supplemental Claim with new and relevant information. In 2015, the veteran filed a notice of disagreement regarding his compensation rating as his condition had gotten worse. After being guided by Brown to request an increase and apply for Individual Unemployability (I/U), the VA granted I/U back to 2014, and 100% schedular rated based on an August 2022 C&P exam. The veteran received his award in three large payments from the VA in July, August and October.

Brown advises veterans that the Claims process can be slow, but to stay with it. “No matter how many trips, and how long the wait, don’t throw in the towel,” said Brown. “Please be patient and respond to the VA when they ask for the evidence. The VA does a lot of great things for veterans, it just takes a long time to complete the process. It is a slow but thorough process.  VA appeals laws date back to 1932, and to research each law change is very time consuming.”

As for the veteran, the award improved his quality of life. He used to take the bus from Brownsville to the Harlingen VA OPC. After the award was made and he visited Brown to tell him he’d bought his first new car since 1972 and paid off his house.