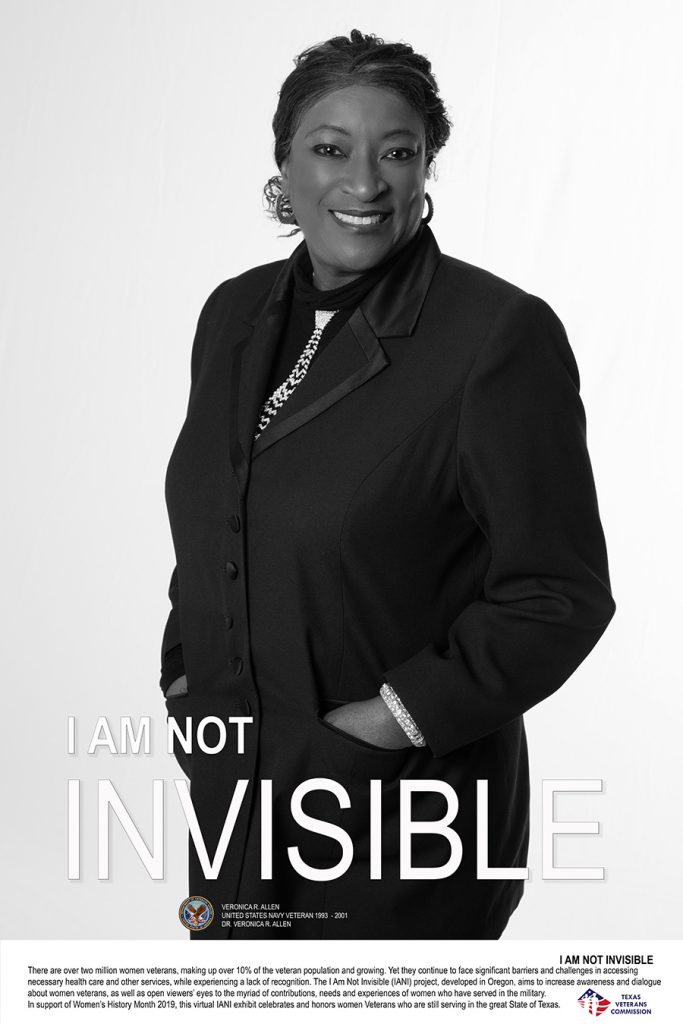 I was born in Houston, Texas, but I grew up in Washington State.  I grew up in a single-family home and was the middle child of five siblings.  I graduated with honors from my high school.  I was also active in youth leadership as Vice President of the Student Body, Girls Activity Chairman, President of the French Club, and other associations. However, I had no family support and did not know what I was doing or what my goals were.

I attended college on a full academic and sports scholarship where I had achieved records in the girl’s high jump, long jump, and sprint events. I graduated from Olympic College in 1978 with an Associate’s Degree in Fine Arts I later became a teacher’s assistant working with special needs children in my community.

My first experience with the military was as a member of the Armed Forces Court and Military Awards and Appreciation Balls.  I became employed with the military as a civilian and these special programs allowed me to work with the military personnel.  One the first jobs was with a missile contractor OICC Trident Submarine Command on the Naval Base in the shipyard. I received a merit award and Letter from the Secretary of the United States Navy.  I later went to work for the Naval Regional Medical Hospital and the Naval Personnel Department and the Naval Medical Reserve Clinic.

My struggle has been trying to work around the healthcare system and it’s easy to get overwhelmed.  I will be pressing forward to see what endeavors continue to stress me and will continue to work and contribute to finding healthcare solutions for myself and other women veterans.  We must continue to support each other, share knowledge and stand up together.