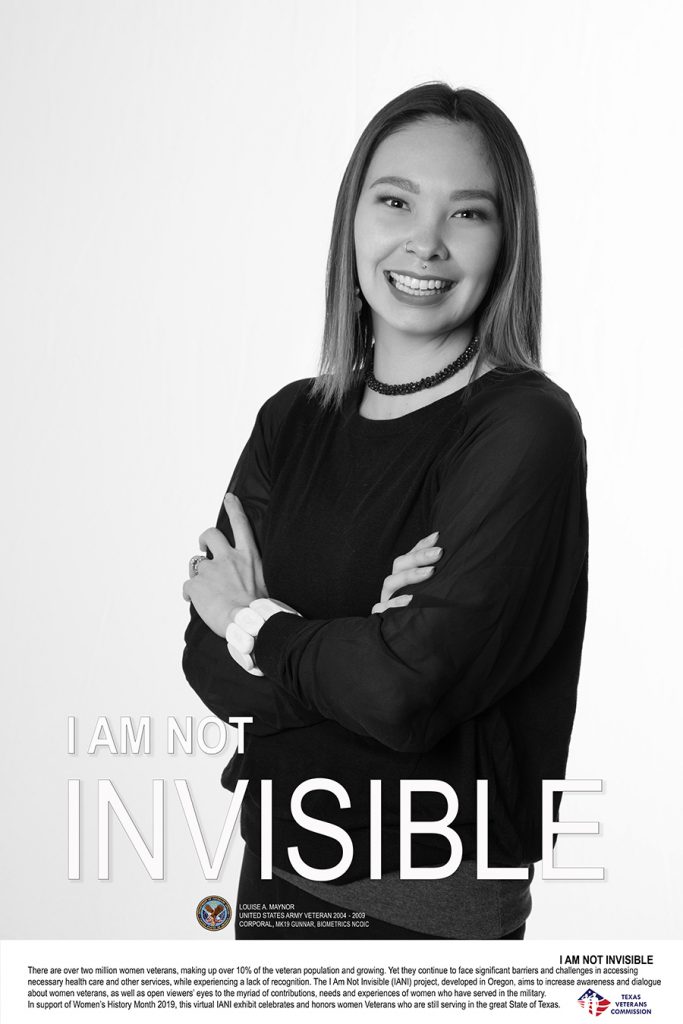 I joined the military when I was 19, out of Greater Seattle, WA. I had a highly unique career, woven into the first RSTA (Reconnaissance, Surveillance, Target Acquisition) Battalion, serving as 1 of 13 females in the threads of a guidon that both scouts AND infantry and myself (and my troop) stood proudly.

My Sergeant Major fought ranks for me to be afforded the many schools I attended and was prepared for multiple deployments: I was the first female in the Brigade to graduate Air Assault School, one of four females in the Division to be Level III Combatives certified (the only in my squadron) and went on to instruct our Squadron with other qualified Soldiers. I was the female dismount in the sergeant major’s convoy in Iraq when I wasn’t on OP duty. I was a MK19 gunner for both my CDR and 1SG for my Afghanistan deployment, would occasionally ride along with the EOD team for biometric engineering on site, and with them find myself in local jails for interrogations to further gain evidence/info for the black and white lists for 2 provinces in Afghanistan which would be added to other biometric bases that covered theater.

After marrying a fellow Soldier, I got out because one day I wanted to have children who I could be with, without worrying about being away training or overseas. I entered college and graduated with the Best in Show Portfolio in Digital Photography, nationwide, with the Art Institute, and then took a scholarship they offered me for a program in Digital Design.

Today, not only am I a mother to three, and wife to a Soldier, but I am a photographer and editorial designer and illustrator, all thanks to my success in the military.