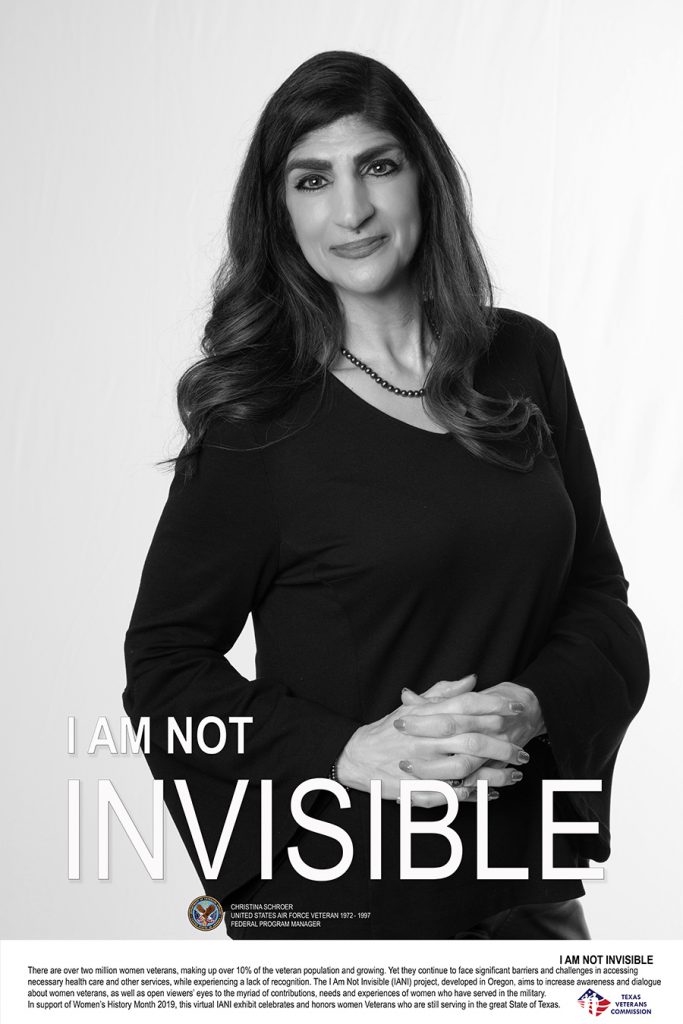 After retiring from the Air Force as a Senior Master Sargent in 1997, I completed my Bachelor of Arts and Master of Arts degrees. Continuing to utilize my Air Force skills, I am a Dell Technologies Federal Sales Contracts Program Manager.  I also co-lead Dell’s Veterans and Supporters Employees Resource Group.  One of the main focuses is to hire and retain veterans and spouses.

Since 2004 I have been an Employer Support for the Guard and the Reserves Ombudsman.  ESGR, a Department of Defense program, was established in 1972 to promote cooperation and understanding between Reserve Component Service members and their civilian employers and to assist in the resolution of conflicts arising from an employee’s military commitment.  I am also a Women in Military Service for America Memorial field registrar.

I utilize the VA Women’s Clinic for my annual physicals.  The lab, pharmacy, and clinical staff is always helpful while addressing the patient’s overall well being.