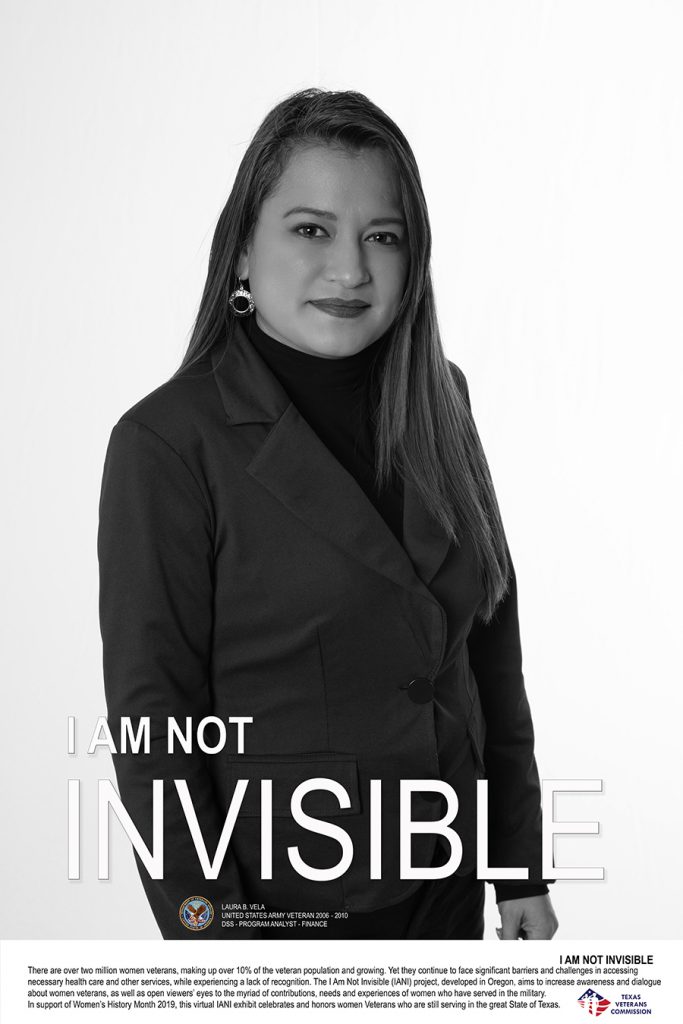 I began my military career in the US Army on July 2006 and separated in February 2010. I was assigned as a 68 Kilo (Medical Laboratory Technician).

After the military, I started a career at the VA’s Texas Valley Coastal Bend Health Care System in Harlingen, TX as a secretary for the Associate Chief of staff for Primary Care.  Later, I worked for the Finance Department as an Accountant Technician and was promoted to the position of MCA DSS Program Analyst in April 2018 within the Finance Department.

I have received several recognition awards from the VA throughout the years: