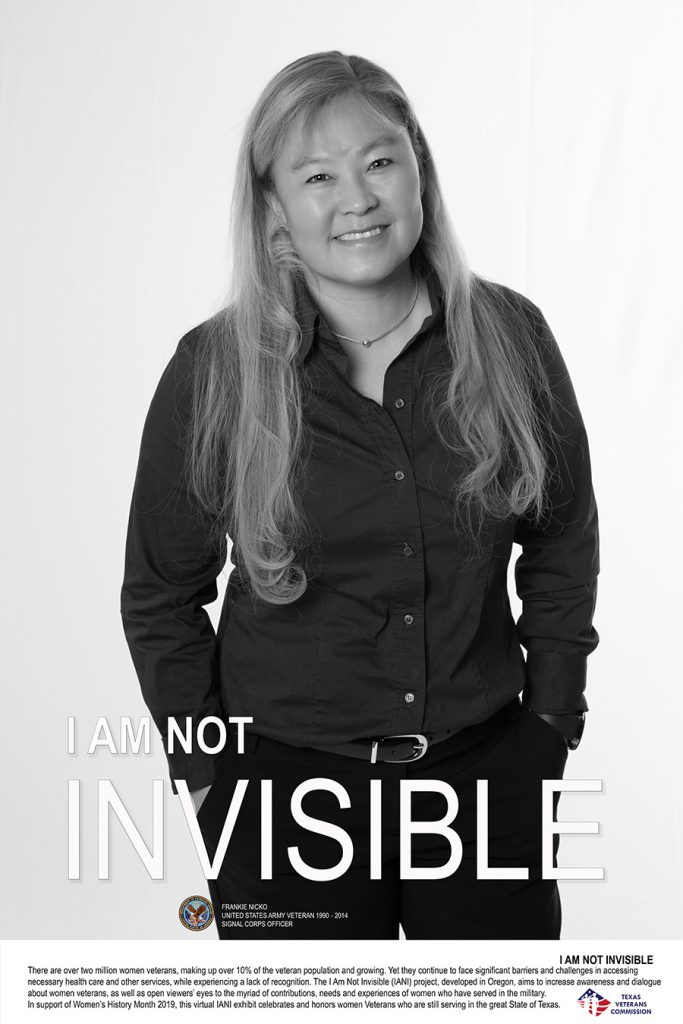 I joined the military in 1990 and trained at Fort Jackson, SC as a Light Wheel Vehicle Mechanic.  My first duty station was Bitburg, Germany with 5/7 Air Defense Artillery Patriot Unit.  I deployed to Saudi Arabia for five months.  In 1993 I was assigned to H159th Aviation at Fort Campbell, KY and in 1998, I got orders to Daegu, Korea.  While there, I earned Sergeant rank and served as a shop foreman with the 19th TAACOM Headquarters. I returned to Fort Campbell, KY in 1999 and served as a shop foreman for HHC 2-502nd Strike Brigade.

Upon reenlistment, I became an Information Systems Analyst.  I served at Fort Meade, MD serving with HHC 704th Military Intelligence Brigade and was promoted to Staff Sergeant. I volunteered as a WIAS soldier, deploying to Kuwait in 2002 where I worked in the COMSEC office. During my six-month deployment the war started, and my deployment was extended.

Returning to the U.S., I became an AIT instructor for Signal Soldiers at Fort Gordon, GA.  I was chosen for Officer Candidate School as a Signal Officer 25A and served as a 2nd Lieutenant in Mannheim, Germany with the 7th Signal Brigade as the 1st Platoon, Platoon Leader.  My platoon trained with the Georgian Army for Immediate Response 08.  I moved to 5th Brigade and worked in the S3 as a Battle Captain and in 2009 to 2010 deployed to Bagram Airforce Base, Afghanistan serving as a Battle Captain in the Joint Network Communication Center Afghanistan.

I was promoted to Captain and became the HHC USAG Company Commander at Fort Irwin, CA.  I served as the S6 for 2-504th BCT and 801st BN at Fort Campbell, KY.  My brigade deployed to Salerno, Afghanistan where we deactivated the Forward Operating Base. After returning to the U.S., I retired with 24 years of active service.

I finished my MIS and will complete my MBA in two months, with a concentration in Project Management.  I work part-time as a QA for a start-up out of California.