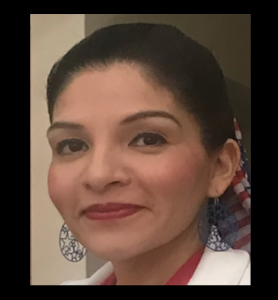 Dolores Mendiola is a Veteran of the United States Marine Corps.  While stationed in Okinawa, Japan she suffered a traumatic fall that ended her hopes of being a career Marine.  Upon separation from the Marine Corps, Dolores returned home and attended the University of Houston where she obtained a bachelor’s degree in Sociology with a minor in Psychology; all while working a full-time job.

After graduation she was employed with the Mental Health and Mental Retardation Authority of Harris County, working with the intellectually and developmentally disabled population.  She then went on to work for the City of Houston in the Mayor’s Anti-Gang Office; managing several federally funded Office of Juvenile Justice and Delinquency Program grants aimed at serving juvenile at-risk populations.  Dolores also worked for Harris County Criminal Courts as a Misdemeanor Court Coordinator.  Currently, she works as a Veterans Career Advisor in the Veterans Employment Services of the Texas Veterans Commission.