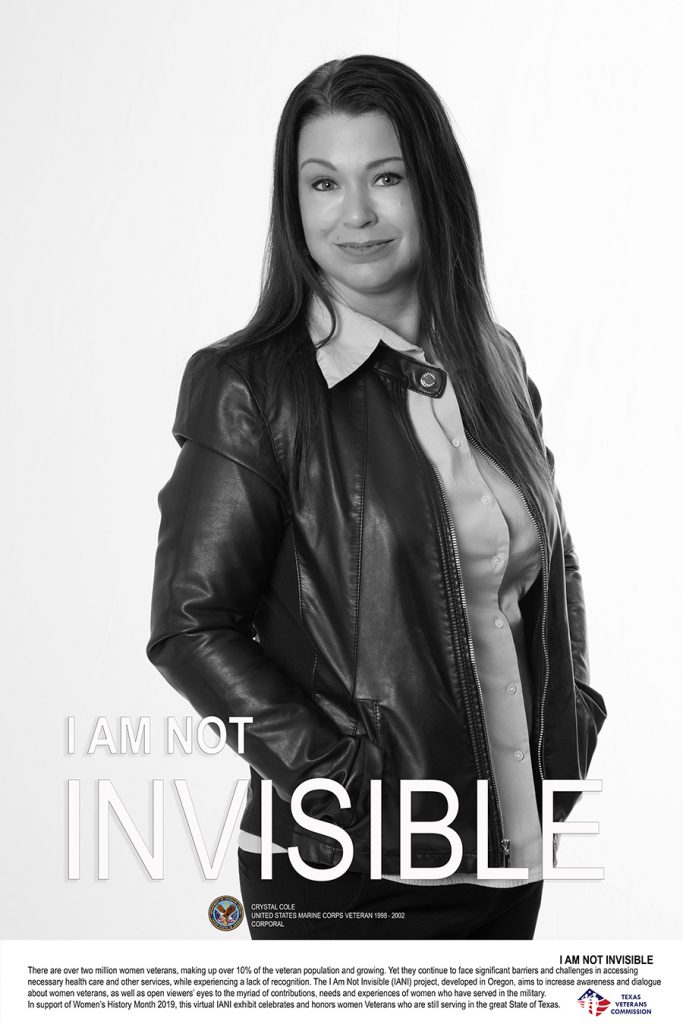 At the age of 19 I was a high school drop out with a GED—earned at age 16—and two semesters of college.  I was working full-time but felt that my life was going in the wrong direction.  The Marine Corps was the only military branch that would accept a GED if you had at least 12 hours of college credit.  When I told my mom that I was considering the Marines, she said: “You wouldn’t even make it through boot camp.”  Within 2 weeks I was standing on the famous yellow foot prints at Parris Island, SC beginning my journey to earn the title Marine.

On June 5, 1998 I graduated Marine Corps boot camp and went to Camp Geiger, NC for Marine Corps Combat Training as a Field Radio Operator. I received orders to Camp Hansen, Okinawa, Japan, 7th Communications Battalion, 3rd Marine Expeditionary Force. It was in Okinawa that I learned what Marine comradery means because most of the Marines were on unaccompanied tours. We became each other’s family and those I served with earned the title of brother and sister.  To this day those bonds and friendships remain strong.

I was next stationed at Camp Pendleton, CA to 1st Medical Battalion, 1st Force Service Support Group. It was unique in that only 15% of those assigned to this unit were Marines. Our mission was to provide support for Navy medical missions. While at Camp Pendleton I married a Marine and we had a daughter in May of 2000. When 9/11 happened, we were a dual active duty family. Having less than 7 months left on my enlistment contract, we made the decision that I would not re-enlist. In March 2002 I began my life as a Marine Corps spouse.

Since leaving the Marine Corps, I have used the VA GI Bill, VA Vocational Rehabilitation Program, and Texas Hazlewood Act to earn a Bachelor of Science in Nursing and a Master’s in Nursing Administration.  None of this would have been possible if I had not chosen to serve my country. I am a proud to be product of the educational benefits that Veterans have available to them.

My proudest accomplishment in my life is the title I earned, U.S. Marine. My career path allows me to serve those that have served. I now serve the female Veteran population as the Women Veteran Program Manager at my local VA Healthcare System.