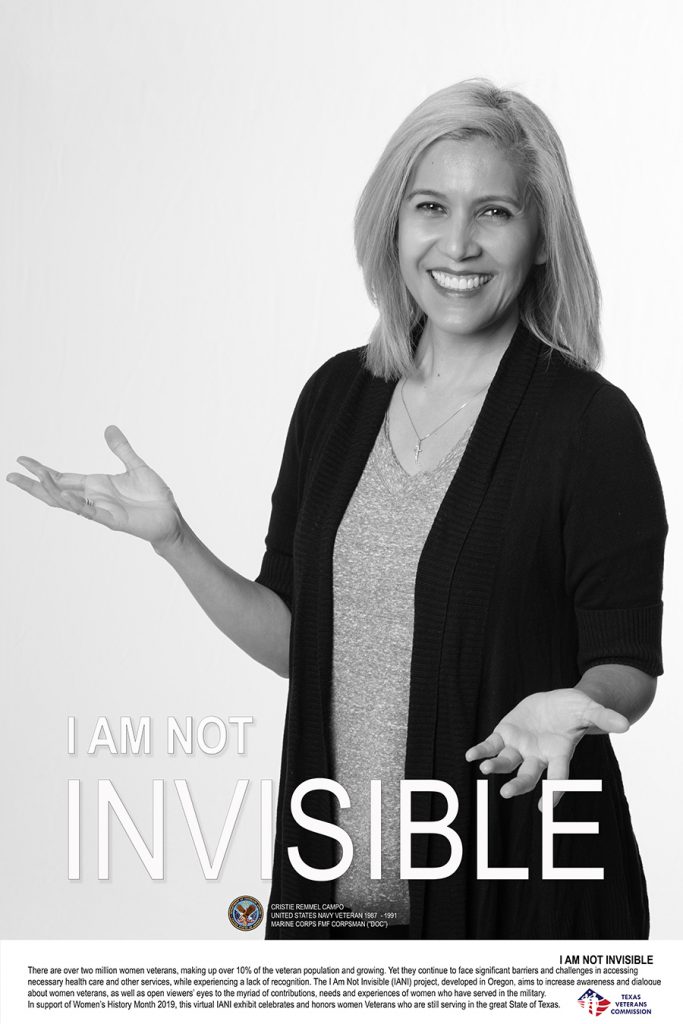 I served on active duty from 1987-1991 as a US Navy FMF Corpsman stationed with the Marines Mag 39 in Camp Pendleton, CA.  I was deployed to the Persian Gulf during Operation Desert Shield/Desert Storm. Growing up I wanted to do something to serve my country, a country that gives so much to those who chose to reach for the stars. I chose to join the Navy and become a medic because I wanted to save lives.  I also knew that through military service I could receive help in paying for my college degree of which I have a BFA in Graphic Design and an MFA in Fine Art.

My family didn’t understand why I wanted to join the Navy—they believed that was something men did. This single decision shaped and defined my life. It was the single most important decision of my life and one that I’m very proud of.  As a Corpsman “Doc” I know that my service made a difference in someone’s life before, during and after my military service.  It is an experience that I will never forget.

I became involved in the veteran community a few years after getting divorced.  It gave me a sense of purpose and a renewed determination to serve others. I am a member of the first all-female Color Guard in Texas through the Women Veterans of America, Chapter 48, and I am also part of several other veteran leagues.  I speak publicly on veteran topics like patriotism, service, and the constitution at various elementary schools in the area.  Serving the community is serving my country which I will do until the day I die.