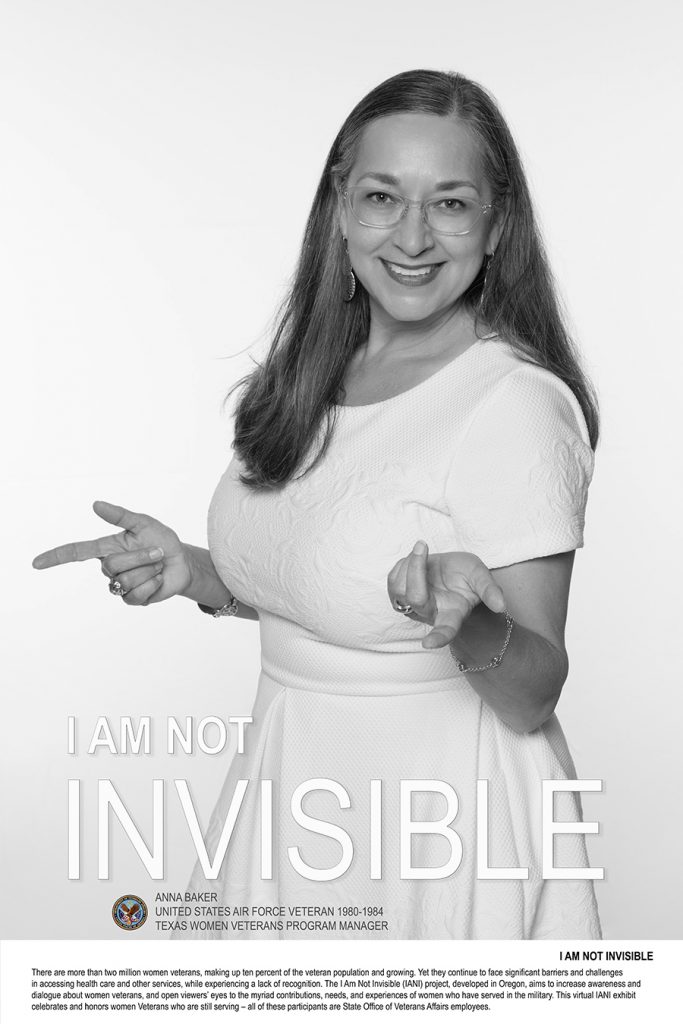 I was raised in a small Texas town and joined the Air Force after high school because I wanted to travel.  My high school English teacher had been a WAVE and she encouraged me, as did my father who had served in the Army during the Vietnam War.

I took my first plane trip to Monterey, CA where I attended the Defense Language Institute (DLI) learning the Korean language.  I was then assigned to Osan Air Base, Korea.  It was dark when I disembarked from the plane in Seoul and got on the one-hour bus ride to Osan.  I felt very alone that first night.  I caught up with my Air Force buddies the next day and the next year was an amazing adventure!

When I returned to the states I transitioned to become a Spanish linguist.  I had a temporary duty assignment in Panama and while there, a group of us were off base when a civil riot broke out.  It was exciting, but we did get into a little bit of trouble when the base went into lock-down and the company commander had to be called before we could be allowed back on base.

After completing my 4-year contract, I left the Air Force and moved to Germany where for 4 years I worked for a government contractor in Kaiserslautern.  I became homesick for my family and returned to Texas.  I had a family and I got an education, a BA in Accounting and an MBA.  I worked for Dell, Inc. for 16 years before joining the Texas Veterans Commission in 2016 as the Women Veterans Program Manager.

I’m proud of my service, though for many years I did not identify as a veteran.  My experience as the Women Veterans Program Manager has been the most rewarding of my career.  I’ve learned so much from other women who have served and honoring them is the most important thing I do.