HomeMediaMemorial Day through the years

Memorial Day through the years 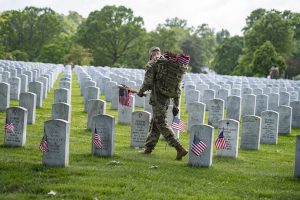 Memorial Day is observed on the last Monday of May, honoring the men and women who died while serving in the U.S. Armed Forces. It is a day for Americans to offer tribute and honor to the heroes who laid down their lives to preserve our freedoms.

Originally known as Decoration Day, it originated in the years following the Civil War. In the late 1860s, Americans in various towns and cities began holding springtime tributes to these countless fallen soldiers, decorating their graves with flowers and reciting prayers.

It was not until after World War I, that the day was expanded to honor those service men and women who died in all American wars.

While visiting American graves at Suresnes American Cemetery in France on Decoration Day May 30, 1919, President Woodrow Wilson stated, “The Americans who went to Europe to die are a unique breed…. (They) crossed the seas to a foreign land to fight for a cause which they did not pretend was peculiarly their own, which they knew was the cause of humanity and mankind. These Americans gave the greatest of all gifts, the gift of life and the gift of spirit.”

In 1968 Congress passed the Uniform Monday Holiday Act, which established the holiday name as Memorial Day, its date as the last Monday in May. 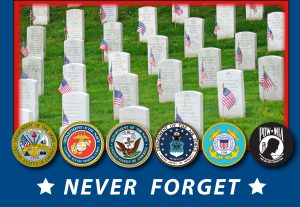