In this patriotic county, everyone supports veterans

Mills County Veterans County Service Officer (VCSO) Craig Wright is a U.S. Navy veteran, having served in Vietnam during 1964-1966. “I served on a destroyer, the USS O’Bannon DD450 during that time,” said Wright.

“This is a small but very patriotic county, and everyone supports our veterans. I work on anything associated with claims for veterans, as well as assistance with finding living quarters for needy veterans as the situation may arise.”

Wright said one of his biggest accomplishments was helping a veteran’s spouse file a Claim. She received around $150,000 in retroactive compensation, plus ongoing monthly compensation.

For this, he thanks the support of the Texas Veterans Commission (TVC) Claims team. “I could not have accomplished this without the help of Laura Bivens, TVC VSO Liason, and Gary Ivy, Northwest District Manager of TVC in Waco. In addition, Michael Jaeger, Southwest District Manager of TVC in San Antonio, provided the initial information acknowledging this type of claim could be filed. Mr. Jaeger sends out valuable information for all of the VCSOs quite often.”

In turn, Wright believes VCSOs help the TVC by serving the veterans in their communities. “I have only been a VCSO for 14 months, but realized quickly that I needed to become TVC accredited to serve the veterans to the best of my ability.”

“A couple of years ago, some of our local citizens wanted to set up memorial walls for all of the (Mills County) veterans of all wars. Donations were accepted from the community, and a special memorial dedication was held at the site, which is on the grounds of our county courthouse. Working as both the VCSO and representing the American Legion, I was thankful to participate in the gathering of all the names, including those veterans having recently passed away.” 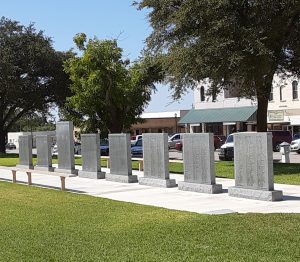 Wright understands that there are times when veterans need to discuss things with the VA. For this he recommends the White House VA hotline. “I have used it myself. It is answered 24/7, and the personnel are very helpful.”  The White House VA hotline number is 855-948-2311. It is staffed by more than 60 agents who have had extensive training on VA programs and services.  Most of these agents are either veterans, military family members, caregivers or survivors.

Mostly though, Wright recommends veterans work with their VCSO. “All veterans have many sources to assist in filing claims, but I believe they should start with their local Veterans Service officer. All VCSOs should have the necessary resources to connect with whomever is needed to file the claims correctly the first time.” 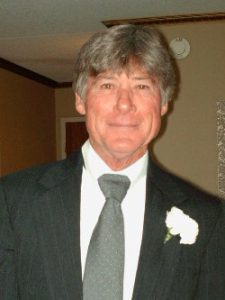