Submit an Event for Review 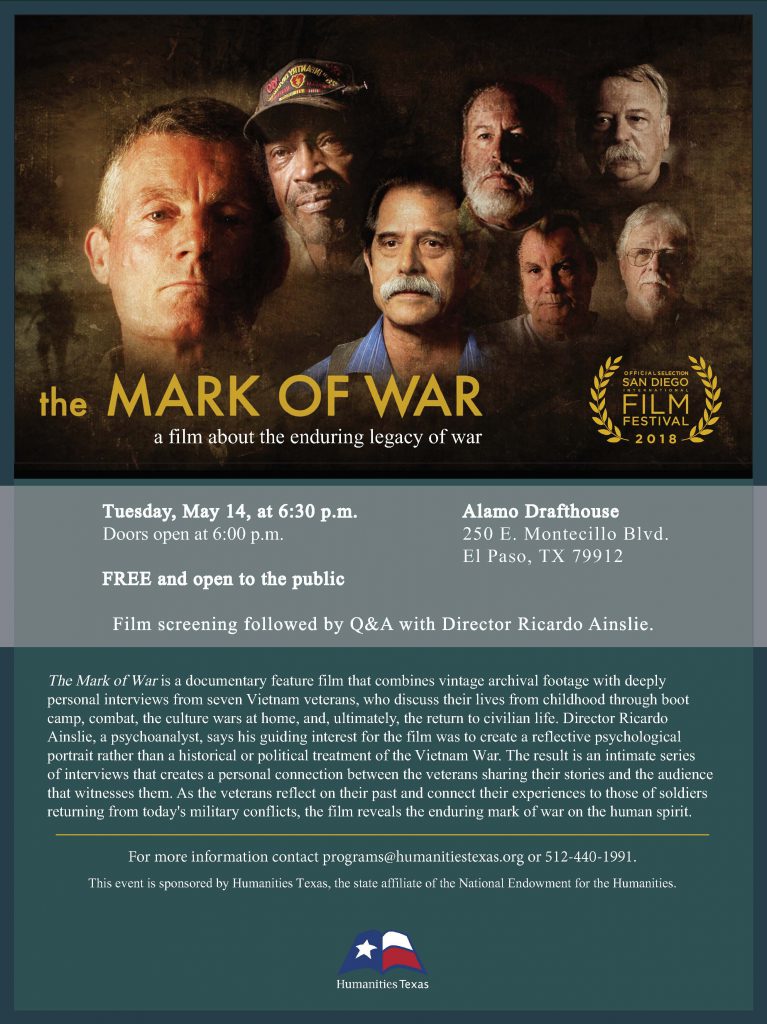 The Mark of War is a documentary feature film that combines vintage archival footage with deeply personal interviews from seven Vietnam veterans, who discuss their lives from childhood through boot camp, combat, the culture wars at home, and, ultimately, the return to civilian life. Director Ricardo Ainslie, a psychoanalyst, says his guiding interest for the film was to create a reflective psychological portrait rather than a historical or political treatment of the Vietnam War. The result is an intimate series of interviews that create a personal connection between the veterans sharing their stories and the audience that witnesses them. As the veterans reflect on their past and connect their experiences to those of soldiers returning from today’s military conflicts, the film reveals the enduring mark of war on the human spirit.